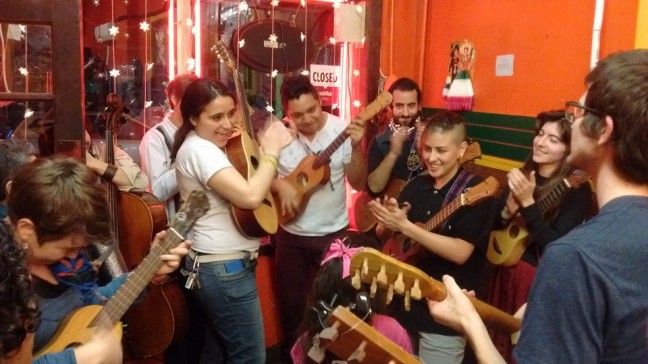 Yared Portillo, a Philadelphia community activist, has four of them: One she built from scratch; two others were secured from renowned artisans; the final one — received broken and in pieces from a friend — she carefully repaired and made whole again.

The repaired instrument isn’t a bad metaphor for the role the jarana has played in the US immigration protest movement for the past two decades. It’s a small, eight-string instrument from Veracruz, Mexico, patterned after a 16th century baroque Spanish guitar that is often confused with a ukulele.

In the hands of Chicanos or recent Mexican immigrants, the jarana — as well as the son jarocho musical form with which it is inextricably associated — energizes rallies and undergirds the chants of those who want to repair not only a broken immigration system, but the increasingly broken relationship between two nations sharing both borders and histories.

Read the rest of the article at PRI’s The World: What does protest sound like?